Corrective Action Requests (CARs) raised during the assessment will be classified as observation, Minor or Major CAR. A Minor Corrective action is raised when there is a single observed lapse in a procedure, work instruction or in the operation of a client's system in a non critical activity. A Major CAR is raised when there are repetitive or multiple non conformances or breakdowns within a single activity or procedure. In some cases, a single isolated non conformance in a critical activity where the failure has, or can have, a substantial impact, may also be raised as a Major.

An observation is a recommendation for improvement, but not mandatory. Minor corrective action requests must be endorsed by the customer with the action to be taken, or being taken to address the CAR before a recommendation for Registration can be made. This will then be closed at the next surveillance visit. A major corrective action request however, must be responded to within one month and closed out within two months as the registration process cannot be completed until it is closed out. 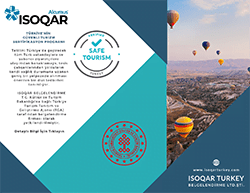